But let’s take a step back…before M. Wells the dinette, there was M. Wells the diner—perhaps the most talked about restaurant in Long Island City—ever. So much so that The New York Times named it one of 10 Restaurants Worth a Plane Ride.

What?? Get on a plane to Assville, Long Island City—my neighborhood—for a diner? No need to arrive by plane folks, actually Assville is off the 7 train at the Hunter’s Point subway station. Although not far from civilization, it’s a creepy industrial area that I do not make a point of frequenting, especially at night. Yet people came in droves, and waited up to two hours to get a table, then raved and raved about the food.

Cigar boxes for the check.

The grafitied 5 Pointz, across from PS1. 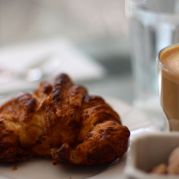 Despite the hype and not knowing much about the offerings at the time, besides that they were supposed to blow my mind, I traveled home from my now defunct job in Manhattan for lunch one day to try it (for many months they were only open for weekday lunch because they couldn’t quite get it together). Which is why I wasn’t entirely surprised by the appearance of the place.

It was a tiny, divey space housed in a former diner. You could pretty much see behind the counter at what was being cooked up, and what was on display was a royal mess. There were rows of plastic containers and squeeze bottles filled with colored toppings and sauces. Dirty knives and cutting boards everywhere. The cooks were young and bedecked in the traditional garb you’d find on Bedford Avenue hipsters in Williamsburg—all beards, skinny jeans, and flannel shirts. I was surprised by the limited menu. There was a whole lotta rabbit, and veal, and foie gras, and meat pies. I even read somewhere of a dish they made with duck balls—you heard right, that’s duck balls. I imagine that was a small plate.

I settled on one of the tamer options—the pork chop—which was a brontosaurus size hunk of meat more suited for a last meal before hibernation, than for midday lunch. It was okay, by no means mind-blowing, and way too heavy. I came to learn that the cuisine was in fact native to Quebec: Québécois cuisine dates back to the fur trade period when hearty, high fat dishes were eaten to sustain you throughout long winters.

But M. Wells the diner was to be short lived; the restaurant closed after a year citing issues with their lease, leading hipsters the world over to wander the scary, industrial streets of Hunter’s Point in search of the next 2-hour-wait-for-a-table—’cause that’s cool—restaurant. Rumors circled for months about if and where they would reopen. A year later, they found their new home at MoMA PS1, so I decided to give them another try.

The museum itself is not exactly my cup of tea, but if you’re into weird light installations and random wood planks thrown in a corner, this is the museum for you! Although, a few years ago they did have a memorable video exhibit by this girl who found random men to dance with to Britney Spears’, Oops!…I Did it Again. (Awesomely awkward!, said one review). 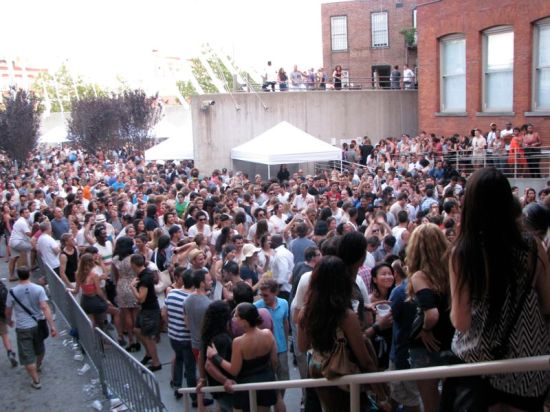 MoMA PS1 summer Warm Up. Wait, how the hell you supposed to walk through this mess to get to the restaurant?

To get to the new M. Wells Dinette, you enter the museum’s main entrance then walk through the courtyard (where they hold all-day dance parties every Saturday in the summer). Admission is free if you’re just checking out the restaurant. You’ll get a sticker with a bunny on it—most likely the one that will end up on your plate in a minute. (There is another sticker for the paid museum entrance, so no chance of sneaking in the museum afterwards). The restaurant is an airy, white space with long desks and chalkboards, in a nod to the building’s former life as a school…get it, PS1.

I settled for a croissant and tea on my first visit since it was the morning and I couldn’t stomach animal innards at that hour—or at any hour really. Funny enough, with all the talk about their Viking food, no one mentions that they have THE BEST croissant this side of the Seine. I mean, Patisserie Claude is pretty great, and Hot & Crusty makes a darn good croissant in a pinch (you laugh, but try it!). This was like a rustic version, all gnarled and dense and almost too brown on the outside, but one bite is absolute butter heaven. Almost, well…meaty.

I returned on another day with my sister for a light lunch—not an easy task amidst meat pies and rabbit. Although the menu changes daily, there are a few staples. We got the coquilles St. Jacques and the tuna crudo—also because they were some of the cheaper things on the menu, at $12 and $16, respectively. The St. Jacques was served in a shell (hence the name: coquilles) and it tasted like a mushy, minced scallop crab cake, underdone and not great. The crudo was three thick slices of tuna with a few puddles of mayo sauce and some other green sauces. Although the tuna was fresh, it was sliced too thick and therefore chewy. The sauces were amateurish and something I could have mixed up at home with some mayo and Sriracha, or some olive oil/cilantro something. My sister put it best when she said, “the food is inventive but not refined.” 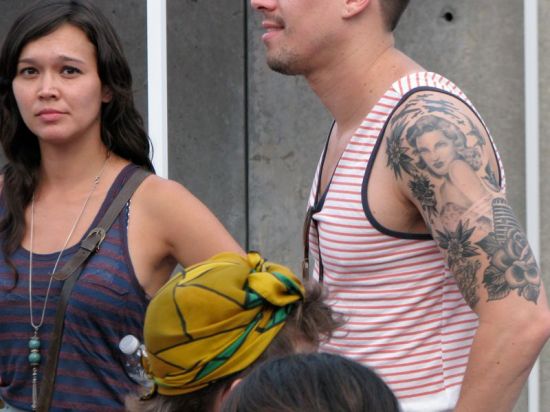 Here’s the thing…there’s something to be said about a restaurant that is so inventive, the menu changes daily. Then again, there’s something more to be said about a restaurant that does the same dishes well over and over again, and you keep going there because what you’re gonna get is awesome, and awesomeness is exactly what you’re in the mood for. It’s like there’s no need to put on your sexy panties ’cause you know you’re getting lucky…it’s a sure thing.

Even though the new M. Wells disappointed once again, I would be willing to give it another go…perhaps before my next fur trade excursion in winter. I’m just not quite sure it makes sense anymore…you’d think after a day of walking around a museum you’re feeling light and enlightened and more like a panini and a side of arugula than some heavy-ass Canadian fare.

But that croissant? It’s definitely worth a plane ride.

Hello friends and strangers. I'm Grace. I am a writer, an editor, a 2-cent-giver. I take pictures. I live to eat and try new things. I write about my adventures in New York City, plus whatever else is swirling around in my head and heart.

You think life is hard? Try being awesome.